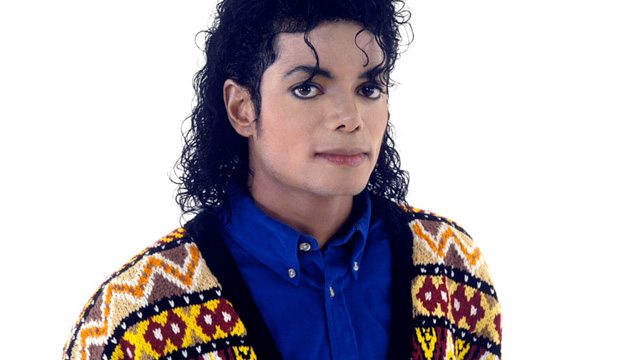 While visiting Sydney last weekend to see and meet the Jacksons, it seemed that on this particular stay, everywhere I went, Michael was always close to hand in one way or another. From his music blaring in the cafes, shops and bars I visited or strolled past, to his T-shirt hanging on the front rack on display in the first store I entered, and I even spotted Michael Jackson Babushka dolls that stood proudly on a table in a nearby Babushka Doll shop at Harbourside.

However, one of the most memorable Michael encounters there, was his wax figure at the new Madame Tussauds in Darling Harbour, Sydney, Australia. Though they still can’t seem to get Michael quite right, it was definitely one of the better wax replicas that I have seen of him, complete with a spare hat and ‘Smooth Criminal’ jacket for anyone that wanted to dress up for their photo and interact with him. It was hard not to go up and give him a big hug.

The other item that got my full attention was a framed cardigan that once belonged to Michael. It had been placed on the left hand side wall as you went up the stairs of the Hard Rock Cafe, once again in Sydney’s Darling Harbour. I’m sure you’ve all seen the cardigan before, so here are the details which were on the display;

“A hand knit, button front cardigan sweater gifted to Michael Jackson by an aboriginal family during his visit to Australia for his 1988 – 1989 Bad World Tour. Jackson subsequently wore the sweater during a photo shoot with photographer Sam Emerson.”

It was nice to see that it is now in a safe place and on display for all Aussie and visiting overseas fans to appreciate and enjoy. Coincidentally, it was given to Michael in Australia and has now ended up back in its place of origin.