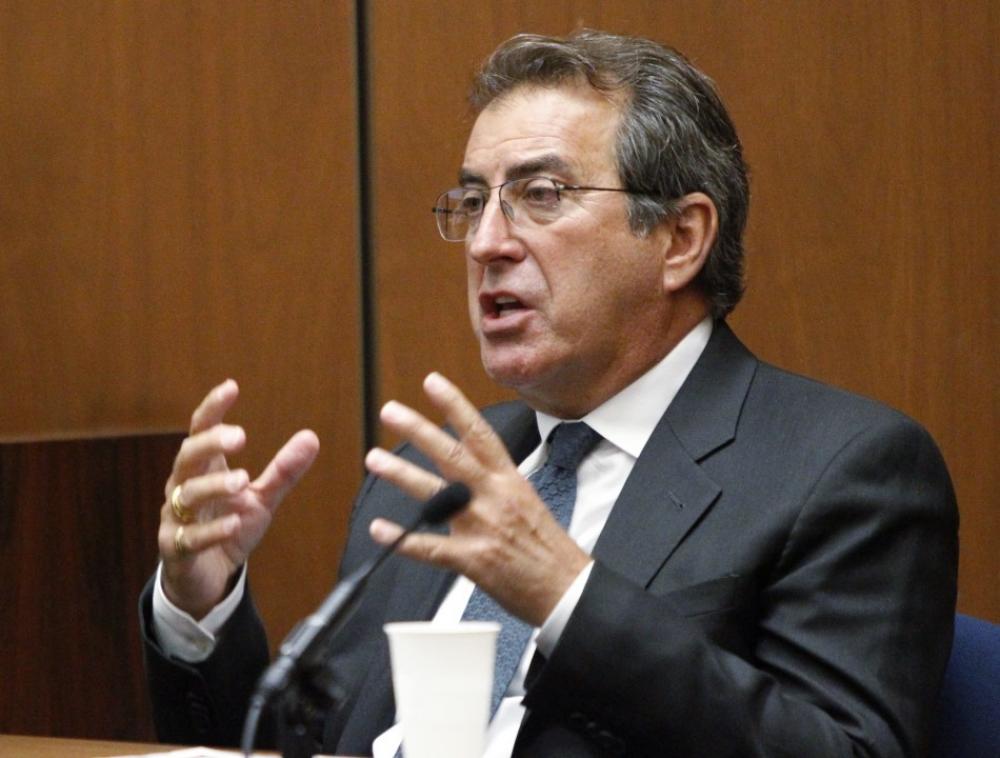 Further information on Judge Palazuelos’s decision to allow Katherine’s lawsuit to go to trial has been published by some newspapers, in the form of company emails.

A multi-billion dollar lawsuit over Michael’s death will go to jury trial next month, a judge has ruled. Michael’s mother and his three children are suing AEG Live – the promoter of his doomed comeback shows at the O2 Arena in London in 2009 – for causing wrongful death. This week Los Angeles courts unsealed documents relating to the upcoming trial – due to begin on 2 April. The case centres on AEG’s oversight of and responsibility for Dr Conrad Murray, Michael’s physician, who was convicted of involuntary manslaughter last November, for prescribing and administering the drug that killed Michael. Both Murray and 16-year-old Prince, are on the trial’s proposed list of witnesses.

AEG’s lawyers insist Murray was not its employee; they claim he worked directly for Michael. But Katherine and the rest of the family have challenged that claim, saying that AEG brought in Murray as its medical proxy while Michael was rehearsing for his ‘This Is It’ gigs, which did not go ahead because of his death on 25 June 2009. Lawyers have pointed to a so-called “smoking gun” email, from AEG’s co-CEO, who said, “We want to remind [Murray] that it is AEG, not MJ, who is paying his salary. We want to remind him what is expected of him.”

Michael’s family argue that AEG pushed Murray to make sure Michael would be ready for his gigs, disregarding medical warning signs. AEG is also accused of botching Murray’s background check – overlooking the large debts that made him susceptible to financial pressure. When ‘This Is It’ director Kenny Ortega wrote an email to AEG, asking for “professional guidance” to deal with Michael’s “weakened and troubled state,” company president Randy Phillips replied, “This doctor is extremely successful (we check everyone out) and does not need this gig so he is totally unbiased and ethical.”

According to Los Angeles County superior court judge Palazuelos, AEG employees’ “previous tour experiences” with Michael would have made them aware that Michael’s “tour doctors” had given him controlled substances. “There is an issue of fact which could go to trial as to whether it was foreseeable that … a physician under strong financial pressure [might] compromise his Hippocratic oath and do what was known by AEG Live’s executives to be an unfortunate practice in the entertainment industry,” she wrote.

If found liable, AEG Live could be ordered to pay more than the entire value of the company – estimated at $8bn (£5.3bn.) The Jacksons are seeking a judgment commensurate with the money Michael would have earned had he not died in 2009.

“The truth about what happened to Michael, which AEG has tried to keep hidden from the public since the day Michael died, is finally emerging,” the Jacksons’ lawyer, Kevin Boyle, told CNN. “We look forward to the trial where the rest of the story will come to light.”