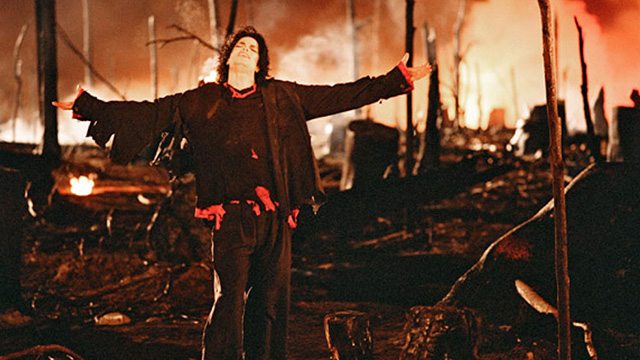 A second title on Michael Jackson from the author Joseph Vogel will come as a welcomed prospect to those fans who have already had the pleasure of reading his 2011 tome ‘Man in the Music: The Creative Life and Work of Michael Jackson’ which, arguably, has already become a must-read for any serious Jackson fan.

Following the release of this in-depth and indispensable book quickly came a short volume on a particular Jackson song that Vogel described as “one of Jackson’s greatest artistic achievements” and “one of the most powerful anthems of the past century.” He was talking about ‘Earth Song;’ the track that Vogel believes to be the most important song of Michael Jackson’s entire back catalogue, and in ‘Earth Song: Inside Michael Jackson’s Opus’ Vogel makes a compelling argument, which, if it fails to make you elevate the song to the same heights as Vogel, it certainly will challenge your current conception of the track and illuminate new ways of understanding it.

Just as this is a short, swift read, it is also equally sharp. Vogel works through the chronology of ‘Earth Song’s’ history, from Michael’s initial inspiration, to the long, drawn-out gestation period of recording and developing the track, and also maps out and analyses the epic short film and infamous performances that accompanied the song. But whilst providing a wealth of facts about ‘Earth Song,’ the true strength of this examination lays in Vogel’s ability to align the track with noteworthy cultural references which includes allusions to the Bible, classical mythology and a notion of the natural world that takes unmistakable inspiration from the literature and philosophy of the Romantic era.

Whilst these intertextual references flow freely throughout Vogel’s analysis, he finds himself stumped to find any contemporary comparisons or even forefathers for ‘Earth Song’ in the sphere of pop music. It is this exact conundrum that seems to be at the heart of the harsh reviews ‘Earth Song’ received from music critics in 1995, and the uncomfortable reactions that such a confrontational song provokes, as it was not only an anachronistic track, but, according to Vogel, a prophetic one; a song that was way ahead of its time in terms of its political and social messages which were delivered in an alarmingly antagonistic fashion from a man who, just three years earlier, was optimistically telling us that mankind had the power to “Heal the World.”

When remembering the huge production Michael Jackson was planning and preparing for his performance of ‘Earth Song’ during his ‘This Is It’ shows, and the spotlight, both physical and metaphorical, he wanted to shine on man’s ill treatment of nature, Vogel’s labelling of ‘Earth Song’ as Michael Jackson’s “magum opus” and his sensitive examination of it, surely would have been an endeavour much appreciated by Michael himself.