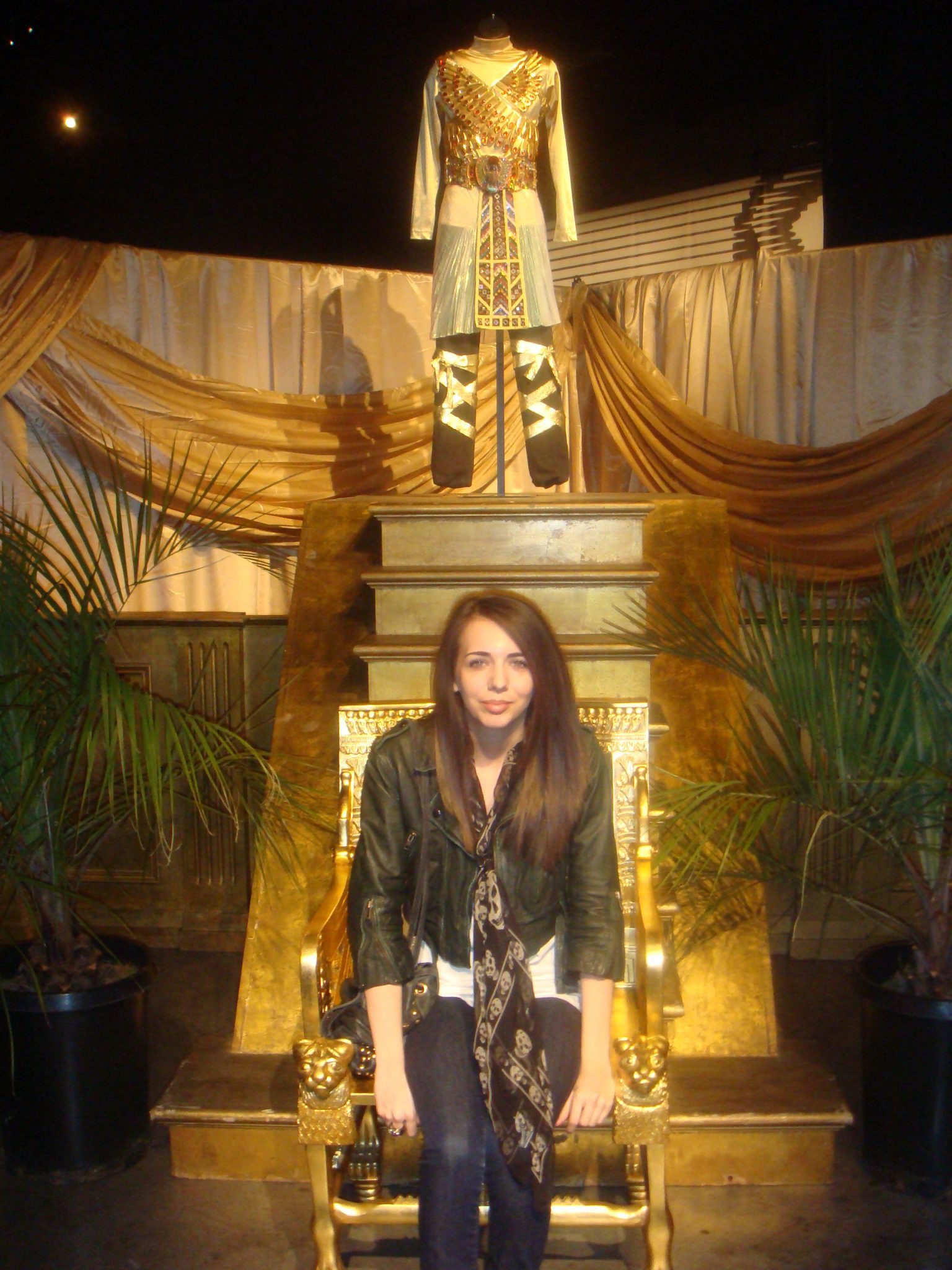 Here is a review by Kate Allen of the Michael Fan Fest held at the Mandalay Bay in Las Vegas.

The Michael Jackson Fan Fest which took place at Mandalay Bay in Las Vegas over the first two weeks of December was the first of its kind and gave fans the chance to get closer than ever before to memorabilia and personal belongings of Michael Jackson. The promise of rare, never-before-seen Jackson artefacts was enough to make MJWN hop on a plane and jet across the Atlantic to attend this FANtastic event.

Fans from across the globe, many dressed in their favourite MJ t-shirts, all from varying decades, quickly filed into the darkened exhibition centre, eager to discover the treasures hidden inside. Fans were advised by staff to simply enjoy themselves; to wander freely around the pieces on display and to take time to fully absorb the atmosphere created by being surrounded by the belongings of the King of Pop.

We were welcomed in by a recreation of the ‘Billie Jea’n flashing floor tiles and a brief montage of performance and video highlights from Michael’s career. Beyond this point, fans were able to proceed around the exhibition at their own leisure, which made for far more enjoyable viewing than that of the Official Exhibition staged at London’s O2 in late 2009 where crowds were unavoidable and photographs prohibited. However, here at Mandalay Bay, staff were on hand to take photographs for you, offering fans a more interactive experience as we were given the chance to pose with iconic props from the ‘Scream’ and ‘Remember The Time’ videos, and the tank which Michael brought to a dramatic halt on stage during his ‘HIStory’ tour, plus the gigantic spider Michael was to emerge from to perform ‘Thriller’ as part of his ‘This Is It’ shows.

Other sizeable pieces included a promotional ‘HIStory’ statue, the primary coloured rocket which Michael, Bubbles and Muscles flew through the ‘Leave Me Alon’e video in, a futuristic car and the operating robotic head figurine of Michael which were both used in special effects sequences in ‘Moonwalker.’ The rest of the exhibition was organised into themed areas; clothing, awards, Neverland and artwork. Many of the outfits on display were those previously seen at 2009/10’s London exhibition but you can never fail to be dazzled by the sequined splendour of Michael’s performance costumes. An array of awards, certificates and celebratory plaques presented to Michael were also out on show and commemorated both his musical and humanitarian achievements. With the sheer number of plaudits (which we suspect were only a small fraction of what Michael was awarded with during his lifetime) one can only imagine how overwhelming it must have been to be honoured so many times and by so many prestigious institutions, from Grammys, VMAs and gold discs to gracious thank-you letters from various charities. Our personal favourite though, was a plaque that succinctly named Michael “The #1 Artist In The World!”

By far, the most enchanting display area was that which showcased objects taken from Neverland Ranch. We were ushered in beneath the grand entrance sign which once arched over the gateway to Michael’s man-made haven of a home, and the individual items waiting beyond the entrance were no less captivating. Michael’s ostentatious decorative taste was made evident by a huge replica model of the French Castle of Pirrefonds which stood in the Neverland living room. So sizable was this model that steps were provided for visitors, of the exhibition and Michael’s home alike, in order to allow people to see over the castle walls and fully appreciate its grandeur and design. Equally flamboyant were the customised Rolls-Royce’s – one made specifically for Michael, another with a modified interior of 24K golden embellishments. We were also given just a hint of how colourful and vibrant Neverland once was by the charming ornaments that graced his home, such as a display of moving puppets featuring Pinocchio (with a miniature figurine of Michael incorporated too) which was made for him personally by Walt Disney World. There was also the popcorn stand that used to stand outside of his private movie theatre, a golf buggy which transported guests around the grounds of the ranch, decorated with a painting of Michael as Peter Pan, a carousel-style rocking horse given to Michael by Elizabeth Taylor and numerous vintage arcade games. In direct contrast to such flashy, kitsch objects wass the recreation of Michael’s library which had a particularly mature feeling to it, but was no less luxurious.

The final noteworthy area was a display of fan artwork, featuring portraits, big and small; paintings of Michael as some of his favourite Disney characters and as a king, as well as messages of love, adoration and appreciation. Such personal expressions of devotion certainly gave a more concrete meaning to Michael’s greatness in contrast to the abstract commemorations of the awards and honours that were also on show.

Overall, the fan fest was a serious treat due to the great amount of memorabilia on display and the close access fans were given to items of such reverence. It seems apt that the event closed with fan contributions (aside from a display of Immortal costumes – but it’s hard to get excited about these until you’ve seen the show itself) as it leaves visitors with the distinct message that it is up to the fans, as well as the estate, to keep our love for Michael alive and to be forever pursuing and expressing our interest in him by supporting and participating in worthy events such as this.