The Return Of The MJ Day! 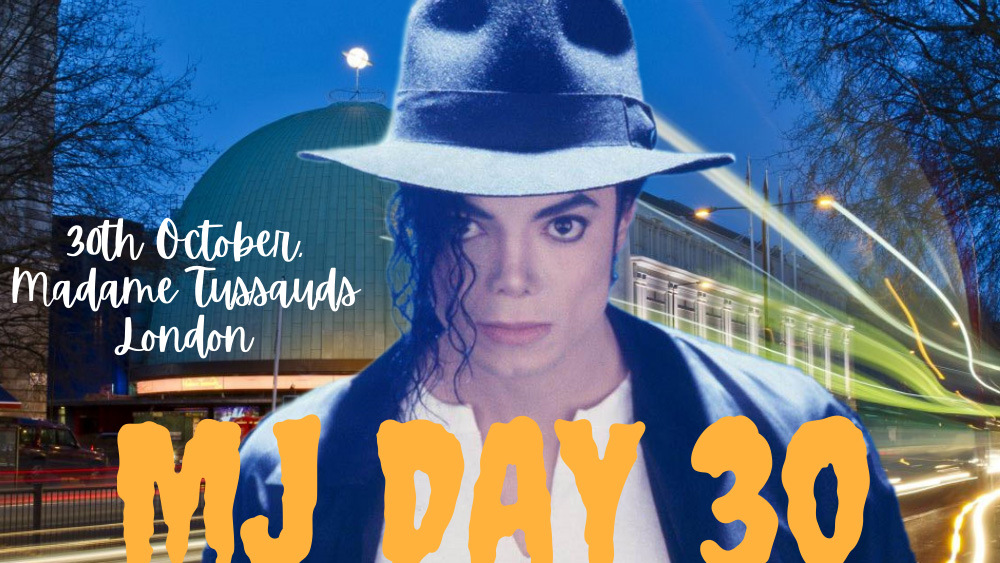 Don’t miss the ultimate Halloween Party at one of London’s most iconic venues, Madame Tussauds on Saturday 30th October, as we celebrate the 30th anniversary of the annual Michael Jackson Day in aid of the Nelson Mandela Children’s Fund UK.

This for sure will be the most thrilling night of the year as you get to mingle with Tussauds famous array of popular figures, from Beyoncé and Muhammad Ali to the King of Pop himself!

Appearing live for the first time in the UK we bring you one of the world’s greatest Michael Jackson tribute acts, Sergio Cortés! Also performing on stage are the sensational cast from the record-breaking show, ‘Thriller Live’. and the incredible London Community Gospel Choir!

The show including an auction, will be hosted by Heart 90’s radio presenter, Kevin Hughes.

End the evening on the dance floor as our DJ spins a mix of Michael’s and Jackson 5 hits from ‘I Want You Back’ to ‘Don’t Stop Til’ You Get Enough’, ‘Billie Jean’, ‘Bad’ and many more!

Make it an extra fun evening and live it off the wall by donning a fancy dress costume, black tie or ball gown.

MJ Day 30 will be supporting the Nelson Mandela Children’s Fund UK, a charity who have striving to change the way society treats its children and youth since 1995.

So shake off those cobwebs and get your ghoul on, it’s time to party!

General tickets will give you access to the World Stage from 7.45pm, where you can see our all-star show and live it off the wall until your carriages come calling at midnight. You’ll also be able to take a selfie with many of Tussauds popular waxworks, and a few whom you may wish to avoid!

VIP tickets include access to the exclusive Marvel movie theatre from 6:45pm, where you can mix with the Avengers, enjoy a drinks reception and a delicious choice of food bowls, as well as the Spirit of London Ride – an exciting journey through the capital’s history. You’ll then be whisked into the movie theatre to experience the magic and thrills of Ghosts in its full cinematic glory, before joining the rest of the guests for the show at the World Stage.

Premium tickets can share the same VIP experience, but also an exclusive backstage meet and greet with Sergio Cortés, and seating at the World Stage for the show.

Early Bird tickets are discounted and on sale now until 29th August!