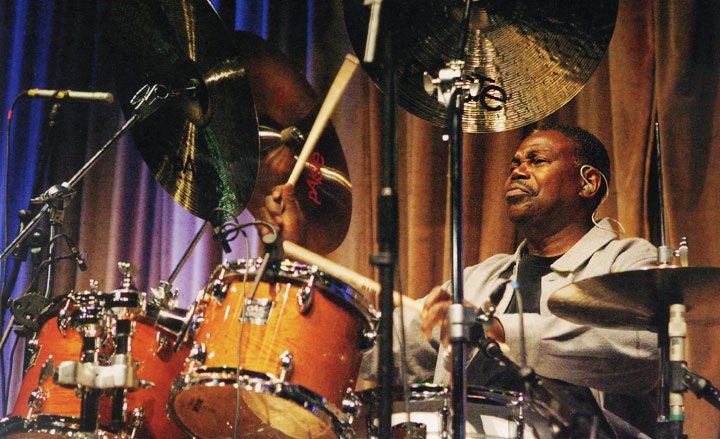 The Trap Set is a podcast about the lives of drummers. The show is produced in Los Angeles, California and a new episode is released each Wednesday.

Subscription to the Trap Set is free, and you can also listen to the episodes online on “thetrapset.net.”

The current episode aired on February 4, 2015 and features legendary drummer Ndugu Chancler. In an interview Ndugu tells Joe Wong about his upbringing in Louisiana and Los Angeles. He discusses his legendary career as drummer for such greats as Miles Davis, George Duke, and Herbie Hancock.

Then, he tells us about recording the best-selling album ever, Michael Jackson’s ‘Thriller’ and of how he worked with Michael and Quincy to craft his iconic ‘Billie Jean’ beat.

In the interview he also shares a special memory of the night that they recorded Michael’s ‘Billie Jean.’ It was his son’s mother’s birthday the same night and he had organised a birthday party for her at his house.

However due to the recording he arrived late and remembers being told by some guests, “how dare you come late!” He also remembers his reply back of,

“I think I’ve just done the most incredible thing in my career tonight!”

Listen to the full interview here:

Source: The Trap Set & MJWN, with special thanks to Joe Wong