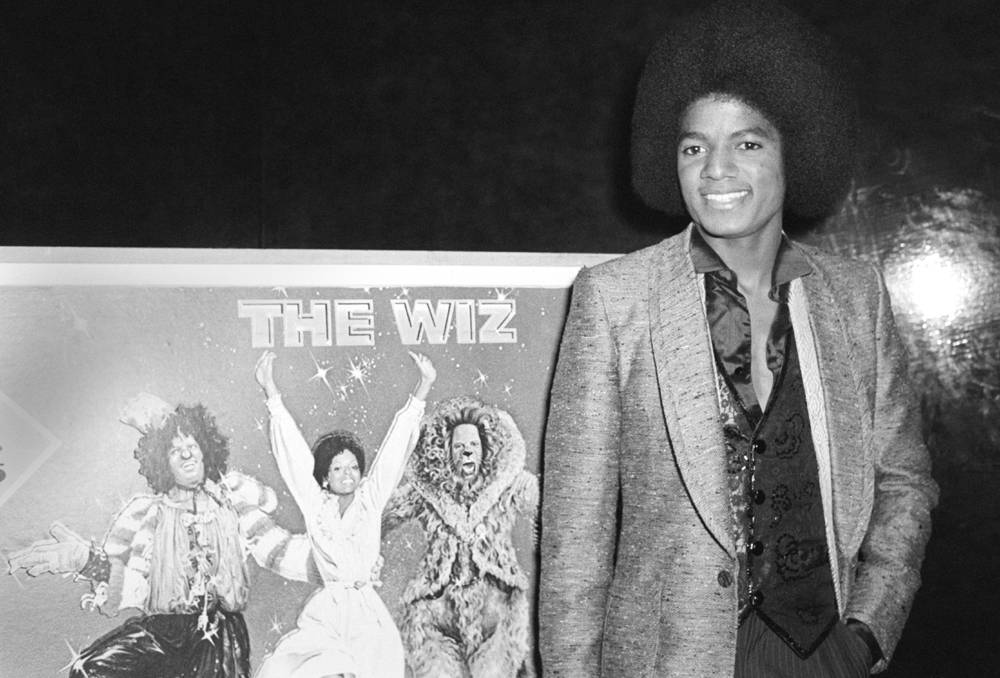 Michael Jackson told his tour director days before he died he was hearing God’s voice, a producer testified Wednesday.

Those words spoken to Kenny Ortega and Michael’s frail appearance were so disturbing, that it caused Ortega and associate producer Alif Sankey, to burst into tears at a rehearsal, Sankey said Wednesday in a wrongful death lawsuit filed by Katherine Jackson and Michael’s children.

Michael, who was being fitted for his costumes, appeared, “extremely thin” and “was not speaking normally,” at the June 19, 2009, rehearsal, Sankey told jurors. They saw a photo of Michael at the costume fitting that showed an obviously thin and gaunt man.

Sankey testified that she and Ortega cried together after Michael left.

On her way home, Sankey stopped her car to call Ortega “because I had a very strong feeling that Michael was dying.” “I was screaming into the phone at that point,” Sankey testified. “I said he needs to be put in the hospital now.”

Sankey became emotional as she testified about the call.

Ortega sent a series of e-mails early the next morning that resulted in a meeting at Michael’s house between Michael, Dr. Conrad Murray, AEG Live President Randy Phillips and Ortega.

An e-mail from Phillips after that meeting said he had confidence in Murray, “who I am gaining immense respect for as I get to deal with him more.”

“This doctor is extremely successful (we check everyone out) and does not need this gig, so he (is) totally unbiased and ethical,” Phillips’ e-mail said.

The lawsuit contends that Phillips and AEG never checked Murray out. Otherwise, they would have known he was deeply in debt and vulnerable to breaking the rules in treating Michael to keep his job, it argues.

Jackson family lawyers contend that AEG Live is liable for Michael’s death because the company negligently hired, retained or supervised Murray — who was convicted of involuntary manslaughter in Michael’s death.

Michael’s last rehearsal was at the Staples Center in downtown Los Angeles on June 24, 2009. Security camera video shown to the jury Wednesday showed him walking with a blanket wrapped around him as he passed Sankey.

Michael sang two songs that last night on stage: ‘Thriller,’ and ‘Earth Song,’ she said. “He did it,” Sankey said. “He went through it. He wasn’t in full performance mode.

Sankey said she was standing next to Ortega at a rehearsal the next afternoon when Randy Phillips called to tell him Michael was dead.

“Kenny collapsed in our arms,” she said.

The lawsuit contends that AEG Live executives missed a series of warnings that Michael’s life was at risk because of Murray, who was giving him nightly infusions of the surgical anesthetic propofol to treat his insomnia.

The coroner ruled Michael had died from an overdose of propofol in combination with several sedatives on June 25, 2009. Murray told investigators he used the drugs to help Michael sleep so he could be rested for rehearsals.

AEG lawyers argue Michael, not their company, chose and supervised Murray, and that their executives had no way of knowing what the doctor was doing to Jackson in the privacy of his bedroom.

In contrast to six days of testimony mostly about Michael’s death, jurors did hear about the pop icon’s creativity during Sankey’s testimony.

“Michael’s imagination was endless,” Sankey said. “He would visualize it, and it happened. It was amazing.” Katherine Jackson dabbed tears from her eyes as her son’s ‘Smooth Criminal’ video was played in court.

Sankey first met Michael Jackson when she was a dancer in the 1987 video production.

“We got to see Michael’s imagination come to life,” Sankey said. “That was my first time as a dancer, as an artist, that I was completely inspired by his craft and inspired by his attention to every detail. He was so detailed and he never missed a thing.”

Working with Michael was “magical,” she said. “I dream still to this day that I will be able to create on that level of magic that Michael created,” Sankey said. “It was like living a dream of working with an artist like that, and I will treasure it and have it in my memory forever.”

Sankey’s work as an associate producer and dancer for Michael’s ‘This Is It’ tour put her on the witness list in this trial.

Jurors heard about Michael’s relationship with his three children and their love of their father. Sankey described how they would come with their father to the set each day in early June when he was filming video elements for the show.

“They loved their daddy,” she said.

The ‘This Is It’ concert would have been “a pretty big show,” Sankey told jurors. “It was going to be huge and it was going to be innovative, different,” she testified. “From working with Michael in my past, I knew it had to be something that no one’s ever seen. It all had to be new and pioneering.”

The next witness when court resumes Thursday morning will be Michael’s longtime hair and make up artist, Karen Faye. She was quoted in interviews after Michael’s death saying that the pop star was in ill health weeks before he died.